The Northern Ontario Country Music Association presented a Great Northern Opry Inductee Celebration Show and Dance in honour of Ervil Boreland who will be inducted into The Great Northern Opry. The show took place at the Callander Legion on April 4, 2015.

This show was in honour of Ervil Boreland, who is being inducted into the Great Northern Opry  at the Annual Northern Ontario Country Music Awards Weekend  taking place in Sault Ste. Marie later this year from November 6- 8th, 2015.  Music at this Celebration was by Back in Tyme with a number of guests.  A photo gallery of the show is viewable here.  Thanks to Louise Gibbings for the photos. 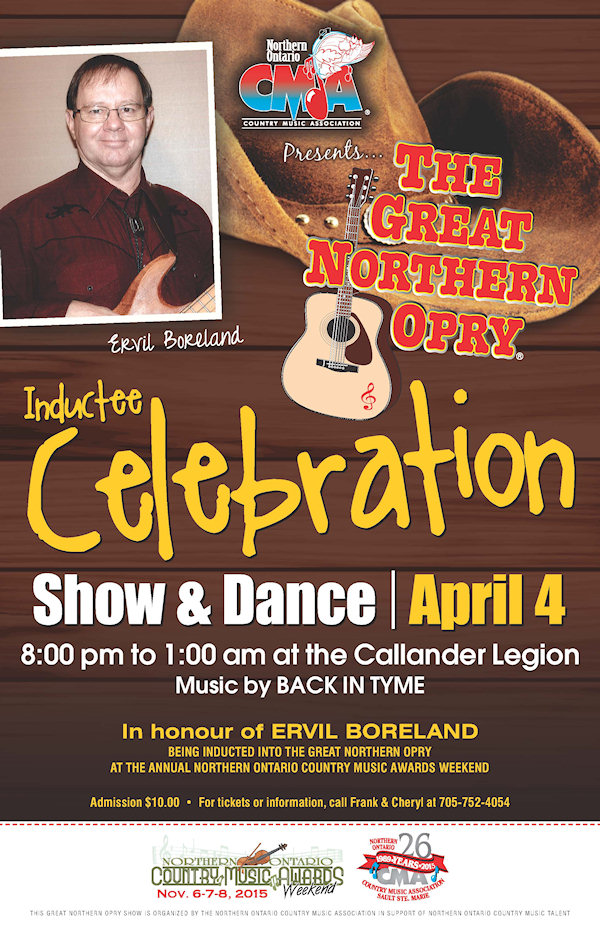