Inductee Celebration Show and Dance in Callander Saturday May 27, 2017

The Northern Ontario Country Music Association is presenting a Great Northern Opry Inductee Celebration Show and Dance in honour of Don Guillemette. The show will take place at the Royal Canadian Legion Branch 445, 345 Lansdown St., Callander, ON, on Saturday May 27, 2017 beginning at 8:00 pm and running until midnight.

This show will be in honour of Don Guillemette, who is being inducted into the Great Northern Opry  at the Annual Northern Ontario Country Music Awards Weekend  taking place in Sault Ste. Marie later this year from November 3- 5th, 2017.  Tickets for the event are $10 and can be obtained by calling Frank or Cheryl Robbins at 705-471-1264. 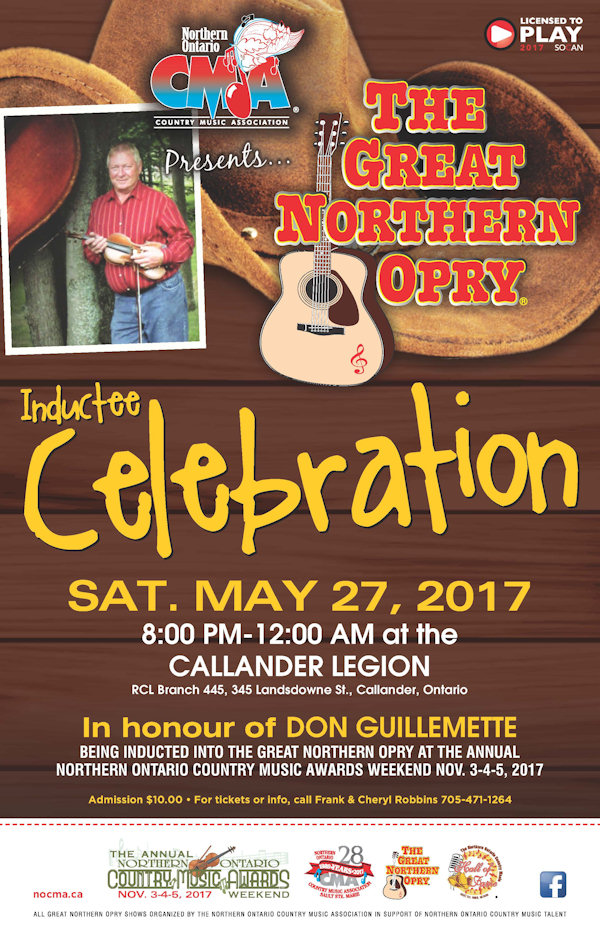