The 2018 Annual Northern Ontario Country Music Awards Weekend was held on the Weekend of Friday November 2nd, to Sunday November 4th at the Quattro Hotel & Conference Centre  in Sault Ste. Marie, Ont.  We hosted people from all over Northern Ontario and beyond.  Once again we had a sold out Awards Show on Saturday evening, with over 500 people in attendance.

The weekend kicked off with a "Great Northern Opry Show and Dance" on Friday November 2, featuring Yvan Nadeau and the Bandidos along with special guests from Timmins and area.

Two events were held on Saturday evening, Nov 3, running back to back.

The seven Inductees into The Great Northern Opry this year are:

The 2018 Northern Ontario Country Music Hall of Fame Inductees are:

The second show of Saturday evening was another "Great Northern Opry Show and Dance", featuring Back In Tyme from North Bay, Ontario with special guests from North Bay and area.

Our MC for the weekend Allan Mooney. 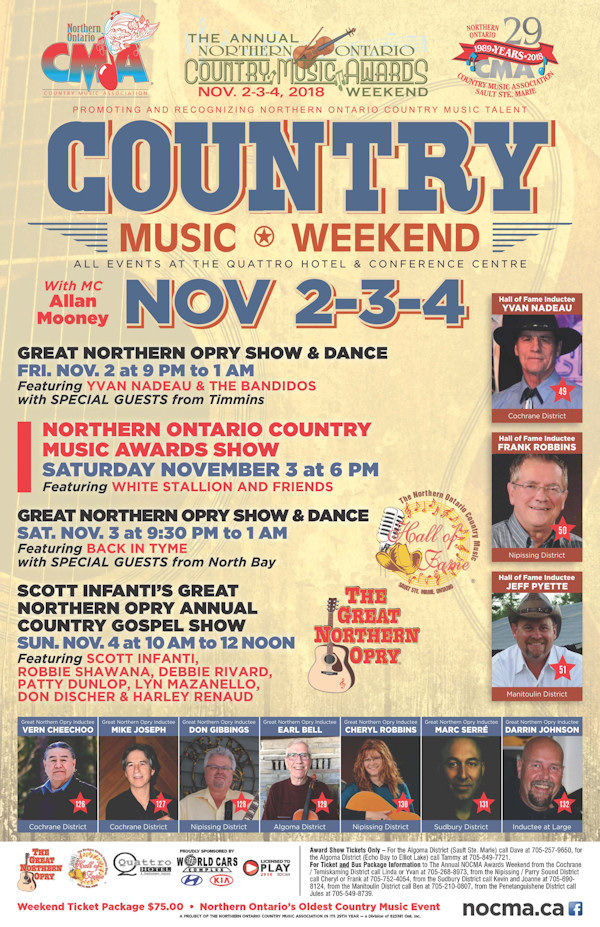